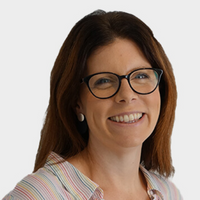 A useful article from Fenwick Elliott summarising a handful of cases from the past year where expert evidence has been the subject of not insignificant portions of judgments: including Beattie Passive Norse Ltd & Anor v Canham Consulting Ltd involving the expert evidence of structural engineers. The Claimant's expert engineer was criticised on a number of fronts and the case serves a close-to-home reminder of my responsibilities when acting as an expert in England and Wales. It also prompted a bit of thought as to why, perhaps, I enjoy the process (and take it very seriously).

The challenges of providing an objective view which takes into account all of the evidence and technical outcomes are many: identifying what you do not know is as important as identifying what you do know. However engineers are often well practised at this part because we have typically been drilled throughout our working lives on the importance of naming and shaming your assumptions, and then challenging them to make sure you get a good design. I find expert advice similar in some ways!

A particularly difficult part of expert work is having to incorporate a view on the performance of a party which can - in construction, at least - be very nuanced. Even between the same designed element on the same type of project and where the party undertook the exact same design, the outcome can be different because context is so important when considering what a competent professional would or should have done at the time. No two claims are the same so no two days at my desk are the same.

What were their assumptions? What were they based on? Were they fair assumptions to make at that time? How about six months later? Should they have changed something? I enjoy the process of questioning and providing justification for an answer in amongst the (sometimes mountains) of documents and my own experience. I also feel it's important to do justice to engineering (and the parties), if that makes sense, in making clear the many factors involved.

And back to the point of the article - throughout that expert process, you may have your client telling you their assumptions were fair, why they believe that to be the case, and proffering documents that say so... It is always a difficult conversation having to let them know that, having examined all the evidence, you disagree! But - those are the rules! Those conversations can be a big part of providing good expert evidence as was demonstrated in Beattie Passive Norse Ltd & Anor v Canham Consulting Ltd.

By the way I have worked in a jurisdiction where partisan evidence is the norm. I did not enjoy it half as much. I'm interested to hear from experts who have an alternative experience?

“There are some jurisdictions where partisan expert evidence is the norm. For the avoidance of any doubt, this jurisdiction is not one of them." Mr Justice Fraser

The value of mentoring
Helen Collie

"That's a Skoda... I wanted a Bentley!" When the Scope isn't defined.
Gerry Brannigan

Does the CMMC 2.0 Simplification Increase an Organization's Risk?
Sasha Christian

Fact Checking - can we rely on it?
Bill Haggart
repost  cancel

For plans and pricing, please contact our sales team at sales@passle.net

Sorry, you don't have permission to repost or create posts.

Your repost is currently a draft. Review your repost and request approval.

Sorry - this is not an option. This post already exists in the Passle you have selected.

Try reposting to another Passle.